The art of snark

0
I generally feel pretty good about what I put into my body but as you already know, one habit that I didn’t...
Read more
Blog

0
A peek inside my medicine cabinet is pretty revealing about my wellness priorities. You’ll be pretty hard pressed to find your conventional...
Read more
Blog

0
As you are probably aware, I am a big fan of the Honest Company‘s products. So when I heard about Jessica Alba’s book, The...
Read more
Blog
Facebook
Twitter
Pinterest
WhatsApp

A few weeks ago, a few friends* of mine were watching XYZ awards show together, enjoying our jumbo glasses of red wine and bacon wrapped dates while we ooh-ed and aah-ed over haute (and not so hot) couture. As you can imagine, it was almost an ideal girls’ night in…yet I found myself feeling more than a little bit uneasy about some of the “fun” we were having.  I know – my unease isn’t exactly groundbreaking, but couldn’t help but feel guilty over how much snarking was going on. And no, not the type of snark that a certain country star legitimately deserves, but the type where women were judging other women for things out of their control, like the shape of a certain singer’s nose or the size of a performer’s thighs (above).

Don’t get me wrong. I am utterly unafraid to call a singer out for bad performance or commenting on a less than stellar performance in a movie. If someone sucks at her day job, I have no problem saying so. But as I’ve gotten older, and hopefully a little wiser, I’ve tried to reduce the amount of body snarking I indulge in. I’m not always successful. Hell, I often find myself sneaking a glimpse of the latest celebrity rag while standing in line at the corner drug store checking out the latest and greatest hot mess. And over the years, I’ve noticed an odd pattern – is this woman rail thin with gravity-defying cleavage? If so, she winds up on the cover of every mag, with everyone salivating over her “bikini body” tips. What does she do for a living? Don’t know, don’t care.

Why do I even care? Well, it’s (sort of) the New Year and with that, comes the usual territory – resolutions to finally lose those last 5 pounds and to do that, some people believe they need to slave away by wasting time doing stuff they don’t enjoy to feel better about the way they look.  Sadly, a lot of the time, these resolutions are from women who are objectively drop dead gorgeous and have no need to lose any weight. But I get it. I spent most of high school hating the way I look (specifically my chinky eyes and “chubby” cheeks) and feeling “fat” at 110 pounds. I was painfully self-conscious. While I never developed an eating disorder, I do look back and feel like I wasted an incredible amount of time and energy fretting over my appearance. I sometimes daydream about all the other things I could have accomplished back then and regret caring so much. Who knows — maybe I could have worked on my Chinese more or worked a little harder in chemistry instead, but in reality, I was obsessing over unnecessary ab exercises (don’t even get me started on how useless crunches are) and tanning (oh hi sunspots). Coulda, shoulda, woulda.

When we focus the conversation on a woman’s physique, instead of on her craft (singing, acting or otherwise), for which she has presumably worked her butt off, in a way we’re ignoring what she’s worked so hard to accomplish. But what’s worse is that if we’re spending all our time putting these women down – what sort of subliminal message are we sending to each other? Ourselves? Because if they don’t look good, I don’t even want to know the adjective that would be used to describe me.

My new New Year’s resolution? Stop with the snark. Body shaming isn’t helping anyone, most of all myself. As long as I’m eating nutritious and most importantly, yummy, whole foods on a regular basis and treating myself with care, I think I’ll be just fine. And who knows? Maybe when I look back in 10 years, I’ll feel slightly better about myself because I had so much more room in my head to focus on what really matters. Or maybe I’m just being too sensitive about this.

*In no way am I attempting to specifically call these particular individuals out…I think incredibly highly of these women. And let’s not kid anyone here…many of us are guilty of indulging in the art of the snark. 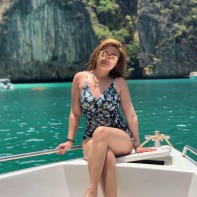 6 tips to maintain a healthy hair

0
The secret of hair length and density lies in the health of the scalp, as it is a key factor in promoting...
Hair Care

0
If you're an African-American woman, you've probably already considered getting hair extensions. They can be a fun way to switch up your...
Load more
© 2022 Beauty Palette